Together they present their own electric music and blues standards.

UNCLE ALBERT was started in 1991 by Tim Albert and has steadily grown in popularity in the St. Louis, MO. region. For the last couple of years the band has been busy spreading their music around the world with over 200 shows in the U.S. and Europe. With growing popularity Uncle Albert has ranked among the top blues bands in St. Louis (the Riverfront Times annual readers poll ’95,’96,’97) and Lisa was included in the top female vocalist category in ’96,’97.

UNCLE ALBERT has released five albums; Hermann Lager, Workin’, Most Exclusive Residence,For You and Yours (a duo with Tim and Lisa) and “Uncle Albert” in 2006.

WORKIN’ “has received good reviews, and air play. Of the twelve songs on the disc, eight were written by Tim Albert and Dan Jackson. The song “Workin”‘ has been included on the compilation albums, Coal Dusted on Relay Records; in Carbondale, II, and the Black River Music Fest on Tornado records. Our newest release “Most Exclusive Residence” was recorded Live and represents an evening with Uncle Albert and is currently being added to more radio play lists.

Below are a couple of “Workin'” reviews;

“The album is well crafted and superbly executed, composed mostly of blues with some AAA-Leaning material. Tracks range from a gritty, credible cover of “Born under a bad sign” to the sweeping piano and expansive voice of Lisa Campbell on the intimate “Sister”. They’ve crafted one of the best recent local releases.”
– Michael Kuelker, St. Louis Post Dispatch 6/12/97

When Tim Albert looked into his future as a child, he didn’t see anything except music. He began taking drum lessons at age 6, got a drum set for his 7th birthday and was playing gigs by the age of 10. In fact, that was also the age when he auditioned in front of a board to obtain a musicians’ union card. At that time, 10-year-old Tim was telling people that he would be making records one day. “(Music) is what I was born to do,” he said.

After playing drums in bands for gigs like block parties, cocktail parties and some bars throughout high school, Tim moved out of his house and was playing full-time by the age of 17.

A drum set was his first instrument of choice, but he said his mother always made sure there were plenty of instruments in the house. For years, he played the drums in public, but it was the guitar that he practiced at home. “I always heard it in my head,” Tim said of the instrument. He played bass in one band as a teenager, but he didn’t play guitar in public until the early 1980s.

He started Uncle Albert when a friend told him, “Until you do it (on your own), it’s never going to happen.” He didn’t necessarily aspire to have his own band, Tim said. It just seemed like the right thing to do. However, Tim’s life is never simple – he always has several things going at once.

The current pace is no exception, The late 1980s and early 1990s and were quite possibly one of the busiest times of his life. Working various other jobs. Including drum teacher at a local music store. And touring with various bands, both as a musician – alternating between drums, percussion and guitar – and as a sound man and road manager. He’s operated recording studios, worked for Audioactive concert sound company, and is currently the tech director at the renowned Sheldon concert hall in St. Louis, Mo.

The first highlight of his career was traveling with the Eddie Fisher Band in 1978 at the real beginning of his professional career, opening for some of the top R. & B. acts of the time. He’s also played drums with Spencer Davis.

While touring” I’ve also had the pleasure of spending some time with Cab Calloway for about two weeks. That was a great time getting to hear some of his stories” Tim said.

Uncle Albert spent the time from 1993 – 2010 working as much as 125 – 200 shows a year touring the U.S and central Europe. Playing our own shows and opening for the likes of Koko Taylor, Anson Funderburg, Tommy Castro, Coco Montoya etc. And the best thing to happen, finding a local home playing Hammerstonge’s in historic Soulard for the last 20 years and counting

For Tim, music is “sanctuary.” He does enjoy it, but he said playing music is not a conscious choice. “It’s chemical,” he said. “The music never stops in my mind.” He said he is lucky to have his gifts and to be able to use them in making a career.

Lisa Campbell could read music before she could read books. Since that early beginning, she has tried a variety of genres – and nearly every instrument – and long ago settled in to play the blues with Uncle Albert. She joined the band in July 1993, after spending some time sitting in with the group and growing to love that type of music, a territory previously uncharted for Lisa.

Prior to that, she was a member of Pieces of 8, an a capella jazz group based in St. Louis; acted as front woman for The Unexpected, which performed music from the 1960s; and was part of the band Red Weather, singing backup vocals, and playing keyboard and percussion. The highlight of her career was opening – twice – for blues pianist Johnnie Johnson at the Sheldon Concert Hall in St. Louis.

Lisa earned a master’s degree in music, with a specialty in piano performance, and she gives private voice lessons. She has also worked a great deal in theater, as she currently teaches musical theater at Webster University, and is rehearsal pianist for The Muny and music director at Stages St. Louis.

Although she has enjoyed each of those roles, Lisa feels her place is with Uncle Albert. “This group of musicians is the one that makes me feel complete as a musician,” she said. “And this particular kind of music is where my heart and soul are.” Plus, the band provides an opportunity for Lisa and husband Tim Albert to team up in their music making. And, she simply loves to play for others. “My calling in life is to make people feel good by my performance – to make them forget about life for awhile,” she said.

Keith Is one of the hardest working drummers in St. Louis. His drumming career started at the age of 5 in the church and has taken him around the world. Working with numerous artist of all styles. Most notably a long working relationship with Oliver Sain, Johnny Johnson and Chuck Berry.

Vince has played in the St.Louis area for many years. 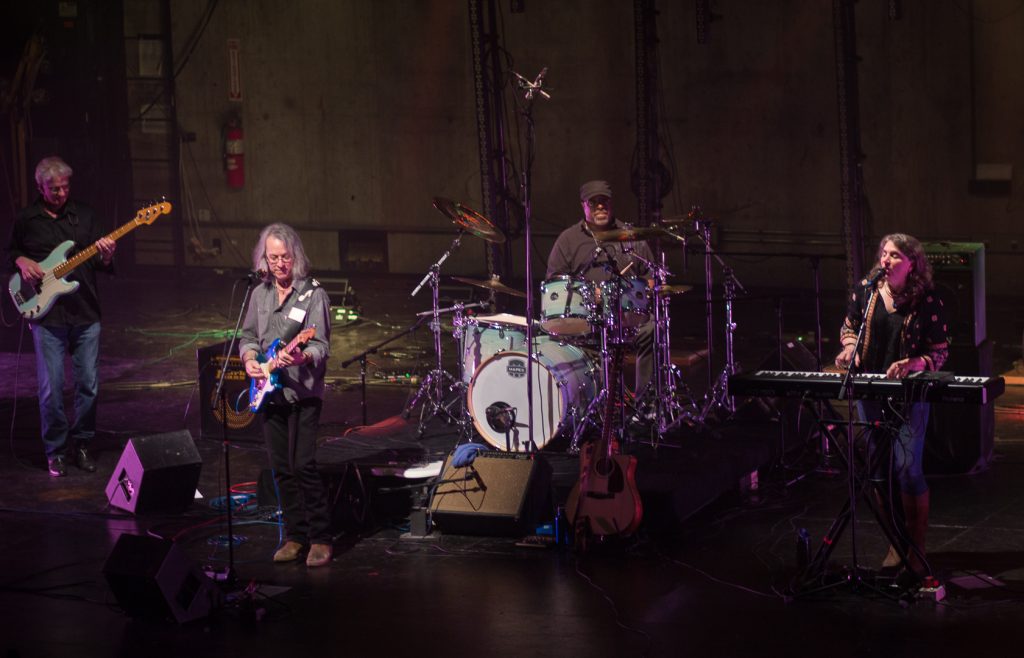